There are specific items that make your wedding photography extra magical. One that’s often forgotten:

Here’s why they are important for wedding day photos. 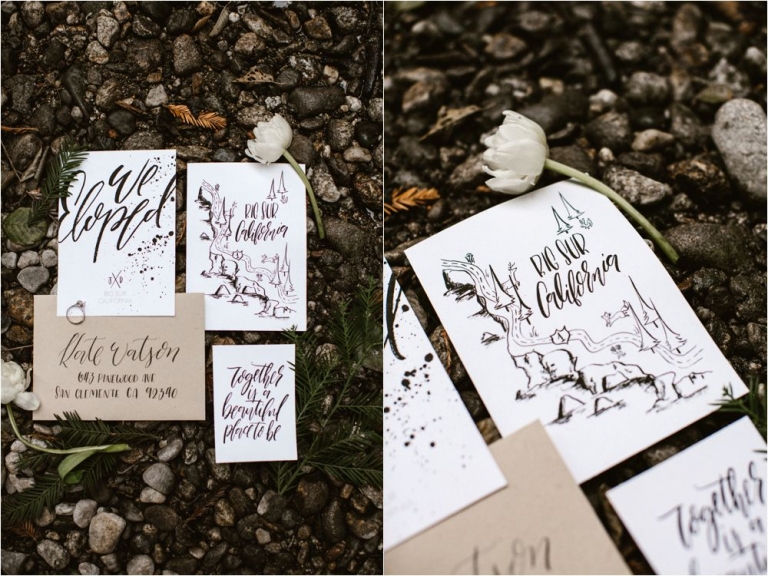 A wedding invitation is the start of the wedding design process. It’s the first element guests see. It gives the initial vibes for how your wedding will feel and look.

It’s where your styling process bloomed.

As a Southern California photographer, here are specific reasons I ask brides to bring this OG inspiration wedding stationary.

Your Wedding Invitation as the Perfect Wedding Day Detail

Wedding stationery makes for a gorgeous detail backdrop. When your wedding photographer does a flat lay, adding the wedding invitation amongst things like flowers and your personal details takes images to a whole other level.

Tip to Get Wedding Photos Featured in Publications

To get  your wedding photos in publications like blogs and magazines, they request as many details as possible.

Your wedding stationery sets the tone.

A Way to Preserve and Highlight Your Cherished Wedding Stationery

In future, you’ll get to look through photos and see your initial invitation. The digital copy and flat lay images will preserve your investment.

Our Favorite Wedding Invitation Designers for San Diego Weddings & Beyond

Here are some of my favorite wedding invitation designers.

Got Questions? Reach Out!

If you have questions about wedding photography using wedding invitations – or are still trying to find the right photographer – I’m happy to chat. Feel free to hit me up.